A week of being out and sharing our work. We find ourselves back walking after more than four weeks off. An exploration of grit and resilience offers us ample opportunities to practise it.

On Sunday we went for our first walk in a month. With some trepidation we checked through the curtains in the morning and looked carefully for that nippy wind. Nope, all calm and warm. Warm! What a joy to walk in the warm sun. In brand new Hi Tec’s we stretched limbs cramped from too little movement and too much cold and quickly shrugged off layers worn “just in case”.

We love our walks. Mainly in the morning and mostly around our suburb we have tramped up and down the wide streets for between 4km and 8km a time. Our average is closer to 6km and we try to walk at least three times a week. 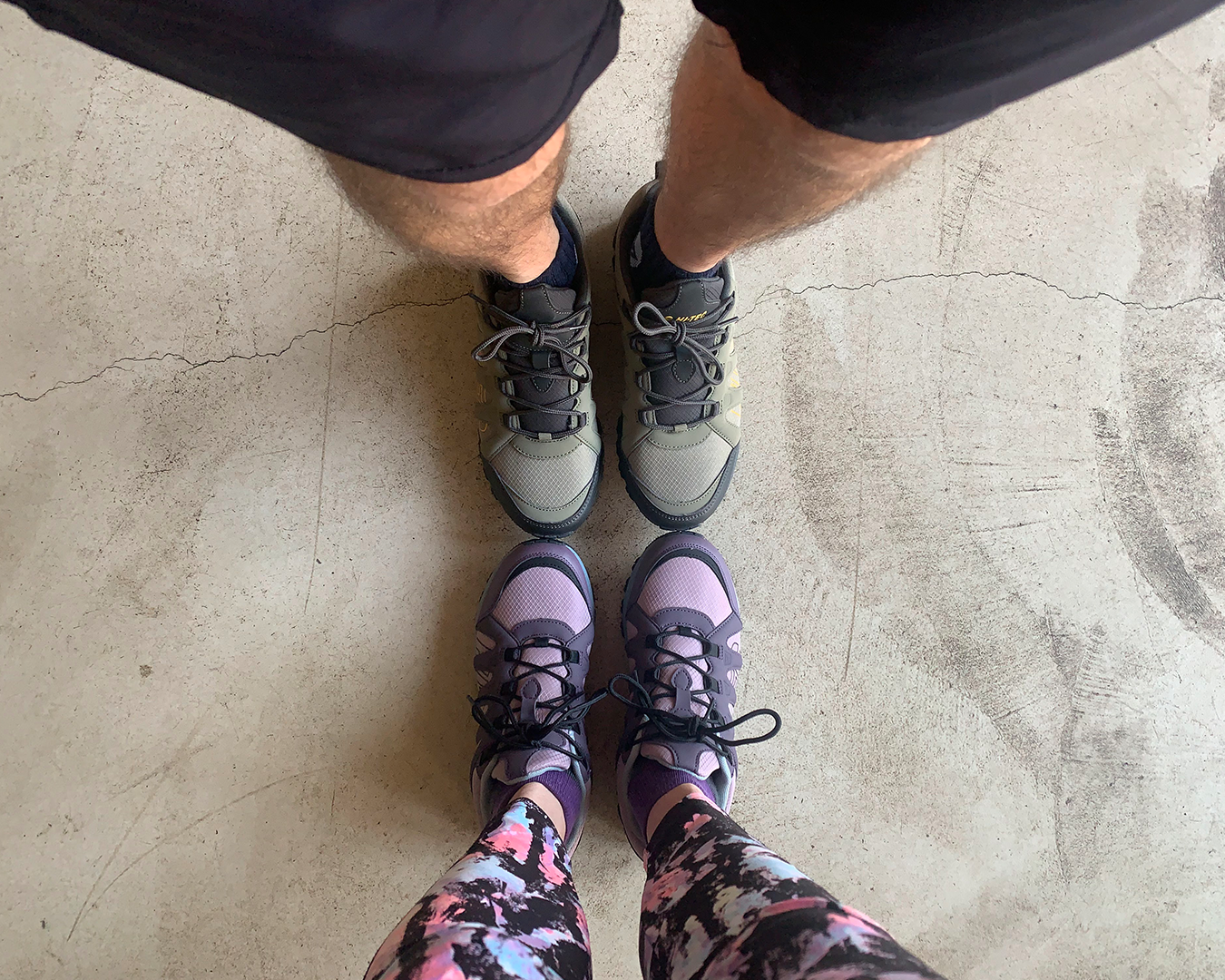 We get to put our new walking shoes through their paces & managed to walk 6.5 km (4 miles)!

During our walks we talk. Sometimes we have walking work meetings where we discuss the latest research we have encountered, our newest idea or current road block. Sometimes we analyse the movie or series episode we watched the night before. We like to pull threads and themes with us as we puff up an avenue. Most of the time we circle back to what most interests us: the vagaries of human development, how being emotionally fit can support this growth and the ability to thrive in a particularly masculine, hyper competitive world. This time we were talking about the concept of grit.

Our last newsletter and podcast elicited quite a bit of interest and engagement. One of our followers, a past course participant, enquired as to whether the emotional fitness element of resilience was similar to the concept of grit as written about by Angela Duckworth. Interesting question. Not knowing her work we looked it up, got the book and started reading.

Resilience is about the ability to bounce back after adversity, and grit, as Angela Duckworth describes it, is a combination of perseverance and passion. As we see it, resilience is a reactive response to difficulty and grit is a more proactive approach to challenge and doing what is hard.

At their core both resilience and grit are about the belief in oneself, a view that the challenge can be overcome. There is an ability to work through the pile of rejection slips, the multiple no’s and many closed (some slammed) doors and still keep going.

We have had our fair share of rejection slips. We have been sneered at, laughed about, our work dismissed as ungrounded in research and lacking in science, none of which is true. 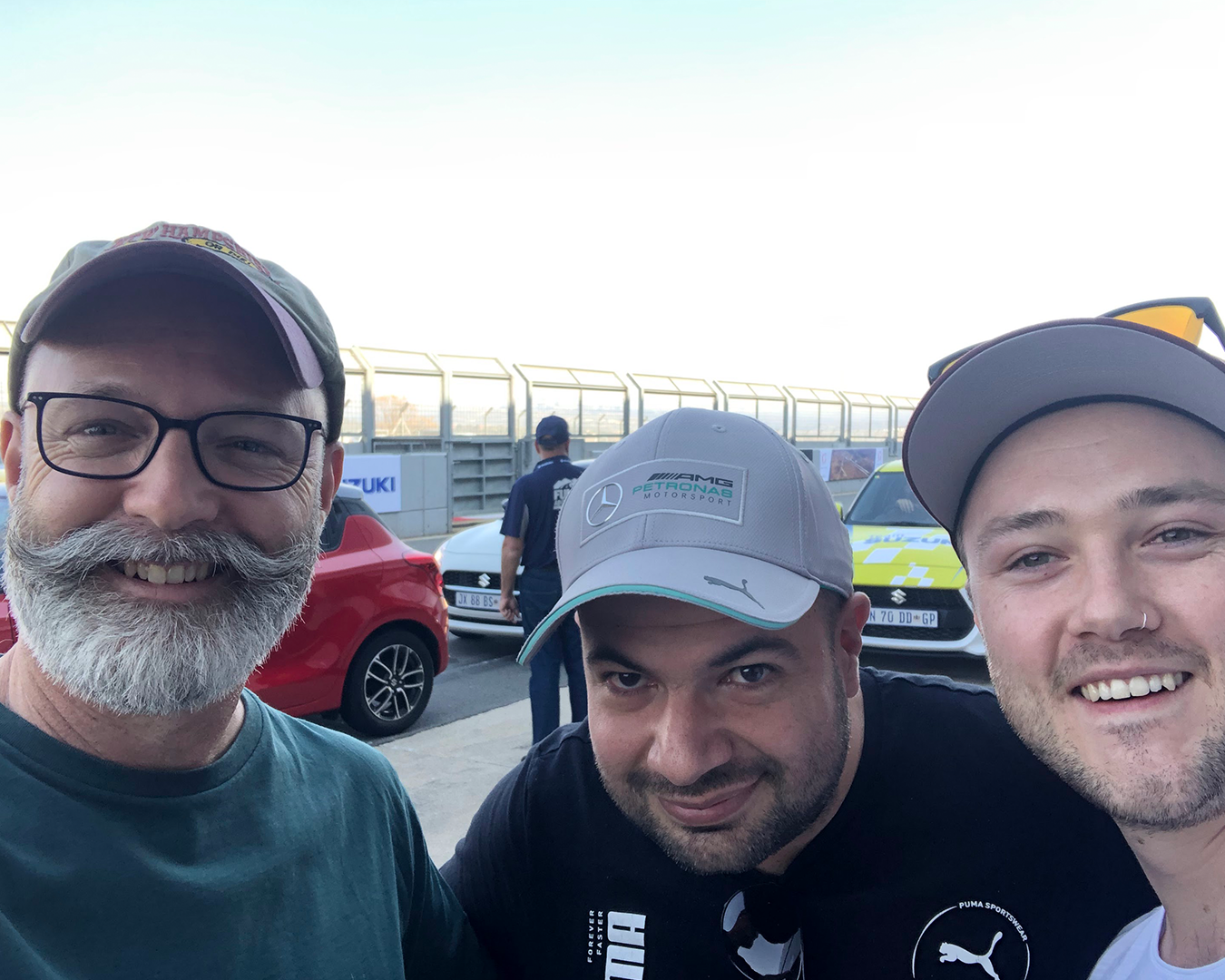 Matthew, Christian and Tristan doing “manly” things at the Festival of Motoring. Plenty of noise and speed but, alas,
no waffles!

The lowest mental health score in the world

South Africa has the lowest mental health score in the world as well as the highest percentage of distressed or struggling individuals*. Our requests to engage with NGOs and NPOs around mental health have been received with equal amounts of suspicion and disinterest. This has come as quite a shock for us. Mostly we just want to share our findings and discuss solutions to a massive problem in this country. We want some time and an ear. And yet. No.

We have learnt that if someone is not hearing us, we need to back off and leave quietly. We have learnt that it does not pay to speak louder and more urgently. It is a waste of breath to try to explain. And yet, sometimes it is hard not to try. The result is always a feeling of having been beaten up.

A chance to practice

It happened again this week. Our work is very effective at releasing trauma, both for those who have been impacted by it and those offering counselling and support to them. Matthew reached out to someone who has a high profile in working against crime. Matthew thought he might be interested in exploring where we can be of use. Within less than a minute of the conversation it was clear there was no interest. Questions were barked through the phone:

“Do you have a degree?”
“Are you a psychologist?”
“Are you registered?”
“Do you do this for free?”

“Do you do this for free?” What kind of question is that? Do you do your work for free? Matthew wanted to yell. But he could barely get a word in, could scarcely complete a full sentence, before the next question came baying across the airwaves. It was on speaker so Chantal could hear it all.

“Stop, stop,” she mouthed to Matthew, shaking her head vigorously, her eyes growing wider with each volley.

Matthew persevered through the torrent, trying to duck the punches. Trying to explain. Trying to be heard. All in vain. It was hopeless.

“He’s not hearing you, let him go,” whispered a now desperate Chantal. It was so awful she stuck her fingers in her ears to stop hearing the assault.

Eventually, the phone went silent, and, bruised and battered, so did Matthew.

Some moments later Matthew muttered: “If there ever was a message that we are not welcome in that environment that was it.”

That was a very loud rejection slip and it was the second one of the day. We had had a “Thanks but no thanks” with no engagement from an NPO earlier. 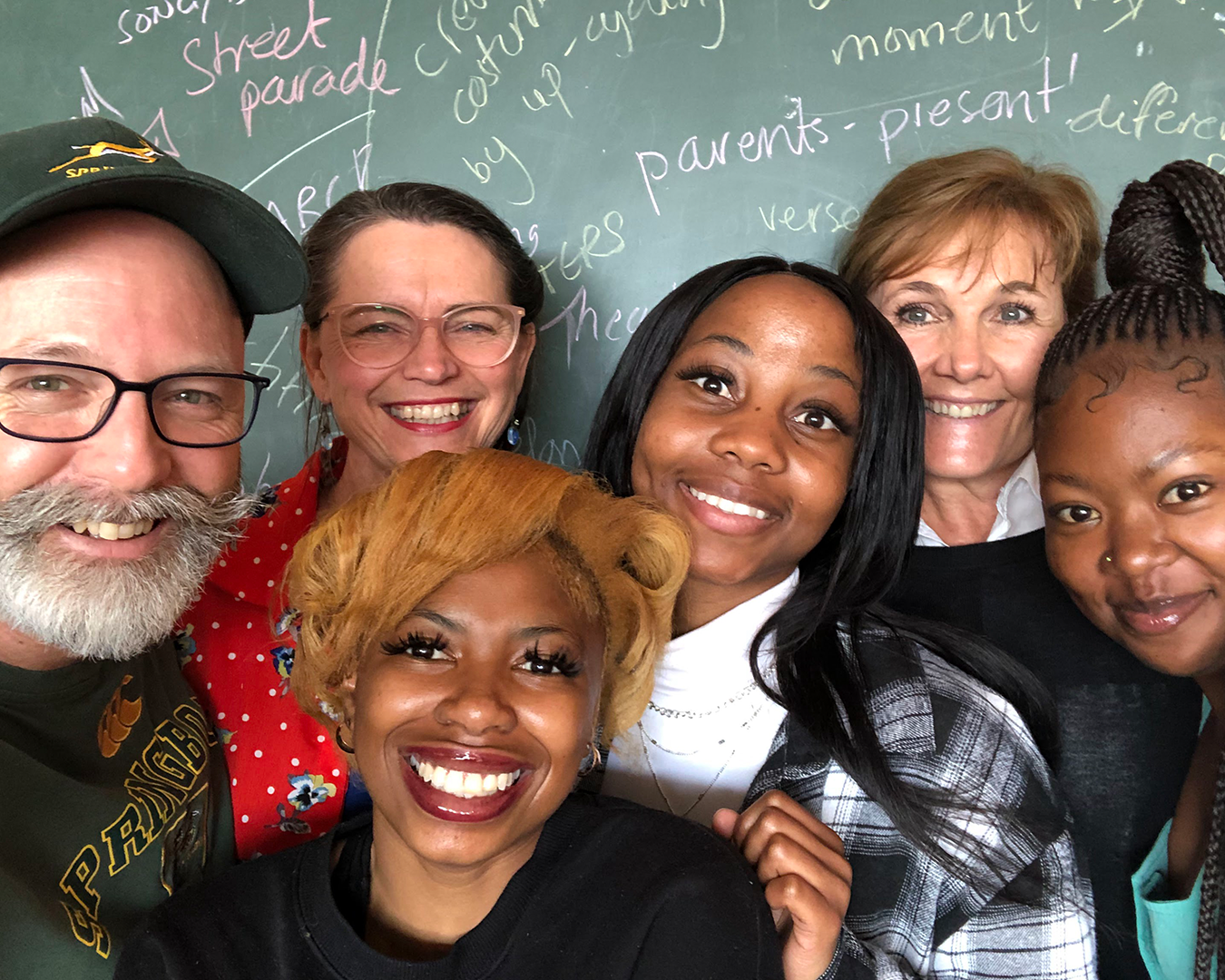 Sharing our work with the Drama for Life students at Wits University.

We have crossed out that channel of potential possibility once and for all - the NPO/NGO channel, to be clear. There is just so much punishment one can take. Maybe we are not learning from our mistakes. Maybe Matthew is so driven by his passion and purpose that he is prepared to take the blows, and then get up and try again. (Which he will do, just not within that channel!)

Whatever it is, it is a display of grit and grit will be showing up in our revised model of emotional fitness. Thank you to that interested party who introduced it to us.

How does grit and resilience show up in your life?

Yours in feeling
Matthew & Chantal

The value of valuing

The Right Mental Coaching Is Crucial For Sport Athletes