As an energetic four year old, I bounced up the stairs of an apartment and shopping complex and came face to face with a cleaner on his hands and knees washing the steps. It looked like he was covered in the powder he was using as soap. I had never seen anyone with such translucent skin. His features were of a black man, his skin of a mystical being. My mother said that he was an albino. Even the name sounded magical, like unicorn or dragon. 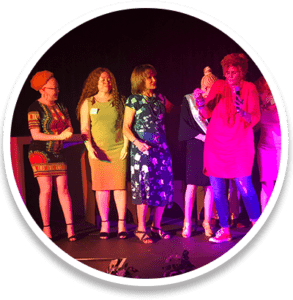 Fast forward to 2019 and we were invited to the commemoration of International Day of Social Justice by Khulisa. We did work in conjunction with Khulisa in Kliptown last year. The play, the poems, the presentations and speeches drew a picture of the fear, isolation, prejudice and superstition that albino's have had to endure as a result of the colour, (or lack thereof) of their skin. Learning to be emotionally resilient in the face of this is key.

Shape of Emotion is a different way of building emotional resilience. An opportunity to engage with Shape of Emotion was offered to this community. Doing something different is not always easy so time will tell if the offer is taken up. 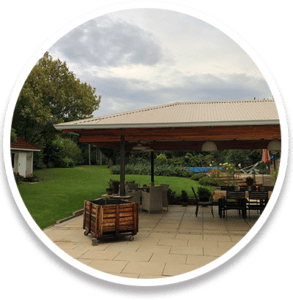 Emotional resilience is what we needed in the buildup to and the process of our move. Yes we are in. At last! It felt like the longest move in history. It wasn't but it felt like it. Packing boxes, living with boxes, unpacking boxes, and boxes and more boxes. Contending with newspaper print hands, swimming in lakes of bubble wrap and feeling like a furniture store had just burped all it's goods into our house. Nothing seemed to fit or work. Curtains were too long or too short. Pieces too big or too small.

Despite the love and care the previous owners gave this space, a new life in another province had redirected their focus and attention. With the enthusiasm of having our own place, 5th Place is slowly starting to take shape: a green pool is now sparkling blue (very sparkling thanks to the bearded wonder), furniture has settled and curtains have been hung. The garden is being tended with visions of permaculture and food forests.

A real test of emotional resilience The real test of our emotional resilience has been the load shedding. Planning has taken on a whole new dimension. Deadlines have to include the possibility of power outages for ourselves and our suppliers. Our security company has had to deal with almost daily false alarms as we juggle new security measures. Being on almost permanent alert has been physically and emotionally exhausting. If you live in this beautiful country of ours, you will know exactly what we are talking about. We remain grateful for our morning practice of Shape of Emotion. It has kept us sane and civil (except when we are floeking Eishkom). No-one has been murdered or run over in a dark rage, no animals have been harmed and all cutlery, glass and grandmother's precious porcelain ornaments remain intact. Doing something different in using Shape of Emotion as a support during this trying time has made all the difference - we have been calmer, less irritable, more centred and less affected by the goings on "out there".

Subscribe to our publication called "The Week that Was" and stay up to date with what we're doing, thinking and developing.