[dropcap]A[/dropcap] wet, dark, gloomy start - one of the most 'stressed-out' countries in the world and a whole lot of luurve!

It started off wet. Gloomy, damp, misty and, well, dark. Load shedding came knocking, an unwelcome interloper, in the wettest, greyest week in Joburg. Traffic mangled as lights went out or flashed red resentful blinks. Commuters looked balefully out of steaming, fogged up windows. One-person-one-car ribbons inched down roads and knotted at intersections. People got to work and school and appointments late. Very, very late. The lights went out, the traffic got stuck, the economy became constipated. In one very stressful week.

Enter Captain Shape of Emotion! Here to mitigate the effects of the depressed energy surrounding us. Simply touching the touch points and breathing deeply in the traffic calmed our frayed nerves. It is a super power that everyone can have. We have this dream that in the future the billboards on busy roads at rush hour will show people demonstrating the Shape of Emotion process, and radio hosts will be reminding everyone to: Touch and breathe boys (people), touch and breathe!

The second most stressed out country in the world

The research we were doing added to the gloom. South Africa is the second most stressed out country in the world, second only to Nigeria. For once we were thrilled to let Nigeria beat us at something, but not that thrilled at being second. Here 47th would be a good ranking. (Maybe the fact that we are so stressed out has some bearing on our appalling ranking in maths and science! Yes, we rank 47th here!).

What costs the economy R40 billion per year?

The Old Mutual Corporate Disability Monitor (2017) notes that workplace health risks have changed from physical to psychological and stress-related issues and there has been a concerning increase in claims. Depression and anxiety disorders cost the South African economy over R40 billion a year with presenteeism (attending work while unwell) being even more costly than absenteeism. Really, we thought, could it get any worse? The wind came up, blew what dust was not soaked in the paving all over the office and the rain started falling again. And then the lights went off. 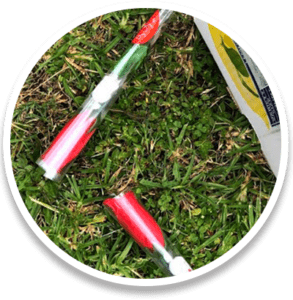 Valentine's Day popped his soggy red frilled head into the week. (Where was the Queen of Hearts when we needed her? "Off with his head!") Did you feel the luurve? Agh! It came and went quite unnoticed by this peasant. I'm no killjoy, (or maybe I am) but I resent being so openly accosted at every turn to buy useless red paraphernalia that is going to add to a landfill just to be seen to be joining in with the luurve party.

I suppose if it brought a smile to some very glum faces, then I concede it did a job this year. But what if you didn't get acknowledged, did not receive a heart covered Hallmark card, red plastic rose, super-expensive long stemmed real variety, or that teddy bear with "I love you" on his furry tummy from a secret or not so secret admirer? How did that make you feel? Sad? Dejected? Unloved? Enter Captain Shape of Emotion!