The inspiration behind Shape of Emotion, helping those who don't know how to help themselves and how we can 'close the loop'. 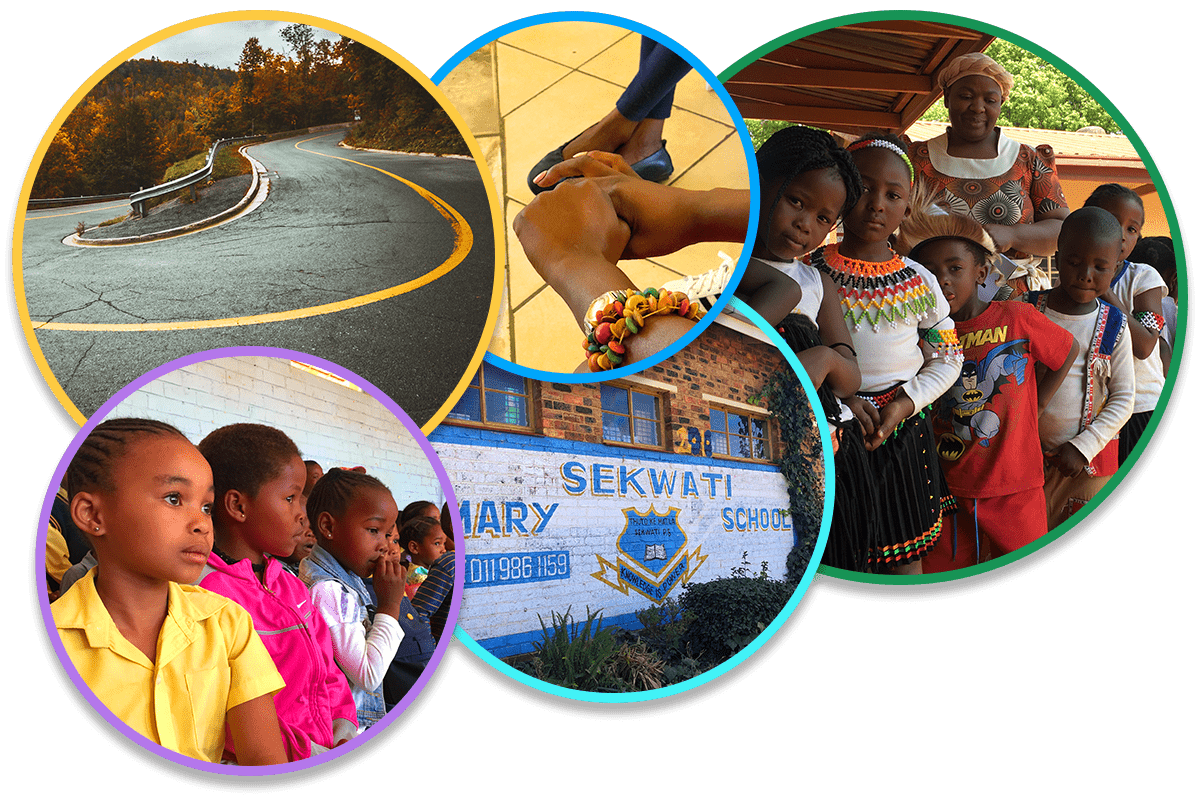 The inspiration for Shape of Emotion

Shape of Emotion was inspired by our work in under resourced schools. It was here that we were witness to the trauma evident in this space. Trauma that seeps out of the pores of the residents as a result of the history of this country. The devastating policies that ground dark skinned human beings into the dust of dismissal, removing them from land ownership, citizenry, and basic human rights. They were ruled by the iron fist of fear that offered a sub standard education aimed at producing adults who believed they were sub standard.

When the yoke broke and South Africa transitioned into the democracy it is today, one of the first objectives was to provide everyone with a decent education. Politics, grandiose ideas with little substance or misguided policies that did not deliver on their promises have largely disappointed. Despite it's best intentions, the government is not succeeding on the education front. It's our view that the trauma evident in these communities make it almost impossible to provide the support and resources required for teaching and learning.

Unemployment, single parent households, child-headed households, neglect, abuse and poverty all contribute to the dysfunction. There are simply not enough resources to attend to the emotional and psychological issues faced by children, parents,  teachers and the community at large. Schools are under staffed, teachers faced with classes as large as 40, 50, even as big as 70 in a class. The room so full, children sit 3 or 4 to a desk. They are squashed in so tightly that the teacher can only move up and down the front strip of the class.

Teachers have to manage under nourished, neglected, hurt and abused children. They hear stories of drug and alcohol abuse, violence and hunger for food and love. Teachers do not have the skills or emotional resources to deal with these children who come to school in a state of fight-or-flight, arriving incapable of learning, often angry and playing up.

We believed that nothing, no matter how worthwhile or well intentioned was going to help educate these kids if they cannot learn. So we set off to develop something that could attend to the way these children feel, to allow them to release and let go of any negative, stuck, difficult feelings and bring them back to a place of resourcefulness; calmed and able to learn.

We have worked with students, care givers, nurses, counsellors, coaches, parents, business people; the depressed, anxious, and traumatised. We have worked with groups made up of people from all over the world, face to face and online.

We had three primary objectives: whatever it was we developed had to work with children as well as adults because children process their feelings differently to adults. It had to work in groups, because children typically pitch up in groups called classes at school, and we wanted a South African solution for a South African problem. We didn't just want to transplant something from Japan, Australia, the US or Europe.

The rest, as they say, is history, albeit a short one. We are now two and a half years into our journey. We have worked with students, care givers, nurses, counsellors, coaches, parents, business people; the depressed, anxious, and traumatised. We have worked with groups made up of people from all over the world, face to face and online.

Can we close the loop?

We have worked with teachers, training them how to use Shape of Emotion to manage their own state. But we are yet to close the loop on our original idea of training teachers to do Shape of Emotion each day in class with their learners. Clearing their individual difficult, stuck, unpleasant feelings together in a group. The beauty of this process is it is content-free, so the work can be done in a group but with each individual attending to their own issue. No-one has to know what it is, or why it is there.

Last year October we facilitated the first of what should have been two workshops at this school - the first to train the teachers how to use Shape of Emotion on themselves. We stand firmly by our principle that "It starts with me". We believe we have to start working on ourselves first before we can or should work on others. It is important to have done the work, to understand intimately how it works and then with that knowledge impart the learning onto others.

The implementation did not quite work out according to plan, however. Not all the teachers arrived for the workshop and some individuals arrived that we were not prepared for. Some arrived late and some left early. It's all quite unfathomable for us at times but we go with the flow while reflecting that we could have contracted more carefully beforehand.

The workshop was positively received, the feedback reaffirming our commitment to doing this work. Those who did not attend wished they had. There was the intention to bring us back and complete the balance of the teacher body but due to lack of time and money this did not happen. Eager to close the loop and nearly a year later, we approached the principal and made an offer: we would come and present our vision to the teacher body and see if there was appetite for it. We would not charge for the workshops but we would want commitment and implementation in return for our research.

And that is what we offered on that Friday. We left Soweto appreciating that the teacher body remains overworked and under resourced. The senior phase are experiencing serious discipline issues that they do not know how to handle. Mostly anger issues, playing up and acting out. One child even went to far as to bring a knife to school and threaten a teacher. This is primary school we are talking about, 7 to 13 year olds.

It is desperate times. And desperate times call for desperate measures. Not that Shape of Emotion  is a desperate measure but there are serious constraints getting it into the classroom. Not least of which is the concern as to when and where will the guided sessions take place? Will the junior phase be able to follow the process? How will we translate it into their mother tongue, SeSotho?

We love these challenges. This is why we do the work. To go in with an idea, be faced with the reality and then find a way to deliver nonetheless. We don't know if we will be closing the loop here, though. We wonder whether, like business, schools and teachers would rather outsource the mental wellbeing of their charges to an external party like a social worker or school counsellor. None of which is available for this school and even if it was, one psychosocial worker would not have the time to attend to the scale of the problem on her own. If the magnitude of the problem is going to be attended to in any meaningful way it has to be done in groups, en masse.

We know that we could have a solution. We would love the opportunity to test it and trial it. We also know that this takes time and energy, something people don't have a lot of at the moment. We do not want to further burden over stretched teachers. But a stitch in time?